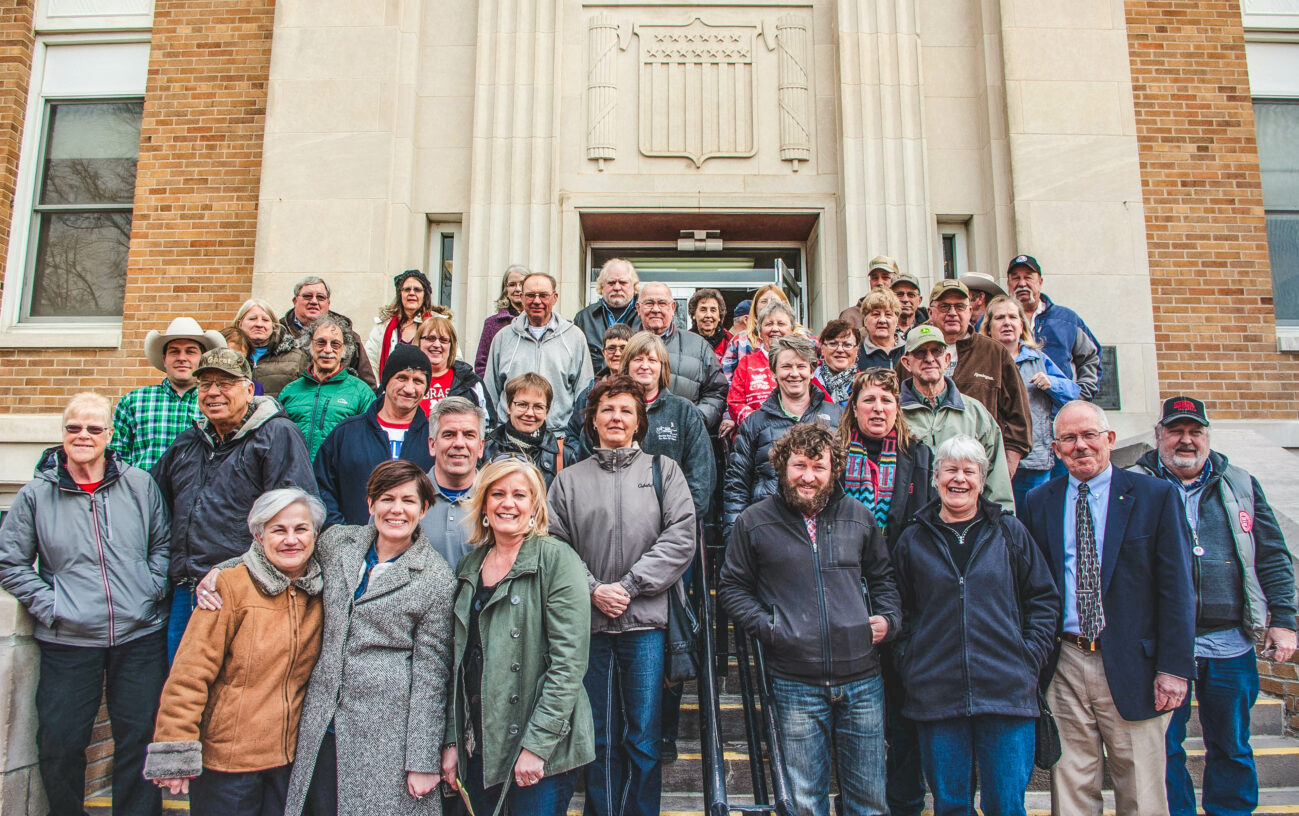 Bold’s goal is to end the practice of using eminent domain for private gain to take landowners’ property against their wishes for pipelines. Big Oil and Big Gas corporations are abusing the power of eminent domain to build pipelines — mostly for export — that risk our land, water and climate.

A federal and state-based solution is needed that protects all Americans’ property rights beyond fancy talking points from politicians on the campaign trail. A clear process must be laid out for pipelines, since right now each state does it differently adding confusion to a process already rigged for Big Oil and Big Gas. The “public good” for all citizens that eminent domain was founded on is now being used against the public goods of clean air, water, climate and the security of our land — especially those whose livelihoods are dependent on the land—the farmers, ranchers and Tribal Nations.

American landowners face serious risks with eminent domain for private gain, beyond the obvious loss of property rights. If a permitting agency like FERC or the State Department rejects a pipeline, exactly like what happened with Keystone XL, the pipeline company still owns the landowners’ property it took through eminent domain. Pipeline companies whose permit was rejected by FERC or the State Dept. can still turn around and sell the easements to any company they wish, and the landowner has no say in the land sale process.

We see a clear connection between climate change and the abuse of eminent domain for private gain for pipelines. Agricultural communities (crop farming, fisherfolk, cattle producers) rely on clean water and soil for their livelihoods and America’s food supply. Climate change is a clear risk to these livelihoods. Pipelines put livelihoods at direct risk of spills and explosions. With the additional risk of droughts and extreme weather that come along with climate change, we simply can not continue to allow corporations to abuse eminent domain to build these risky pipelines.

While there have been various eminent domain cases that have been argued at the Supreme Court, it is the landmark “Kelo” case that unfairly broadened the use of eminent domain for private gain.

Kelo vs the City of New London was a 5-4 decision in 2005. This case solidified into law the ability of governments to take private land and hand it over to for-profit companies for energy projects or other purposes. In the Kelo case, homes were destroyed for the development of a strip mall that was never actually developed. In the wake of the Kelo decision, by 2006 states were passing new laws to try to protect property rights. However, some states including Nebraska instead actually passed industry-friendly regulation to broaden the use of eminent domain for pipelines and other private uses.

When citizens fight eminent domain and pipelines, the big corporations often tell landowners and elected officials there is nothing they can do to stop the pipeline, and that the state or county has no power over the pipeline because it is regulated at the federal level. This is NOT true.

States are beginning to stand up to eminent domain abuse, and see the fundamental difference between public good and private gain.

These are hardly “blue” states. These are states with strong leaders standing up for property rights with actions, not words.

Clean Energy Development with Everyone at the Table