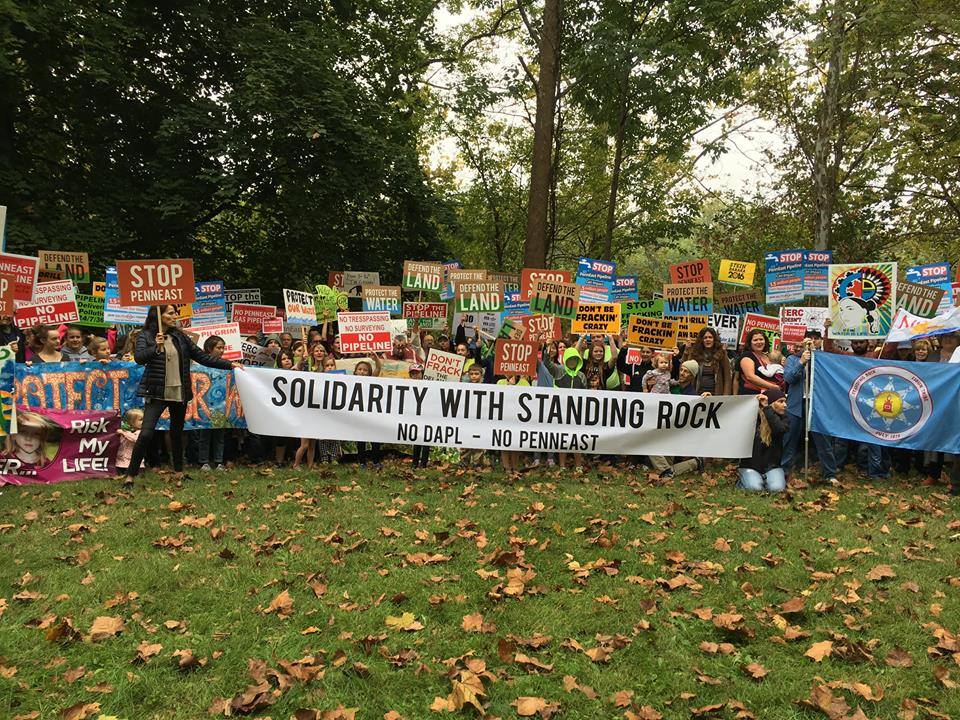 “We, the undersigned, oppose construction of the proposed Penn East pipeline. Pipelines put at risk the communities and natural features along their paths. This pipeline would pass under the Delaware River and other waterways; and under major highways. Its path would cut through both densely populated urban centers and scenic unspoiled woodlands. UGI Corporation, don’t build this pipeline!

Concerned Citizens Against the Pipeline represents community groups up and down the proposed path of the PennEast pipeline who oppose its construction. Pipelines pose significant safety hazards, destroy woodlands, and contaminate waterways. For property owners, the most immediate impact of pipelines is vulnerability to eminent domain. Local governments can’t step in to help. They are exempt from the siting process under federal rules. The PennEast pipeline is a bad deal for everyone on its path.”