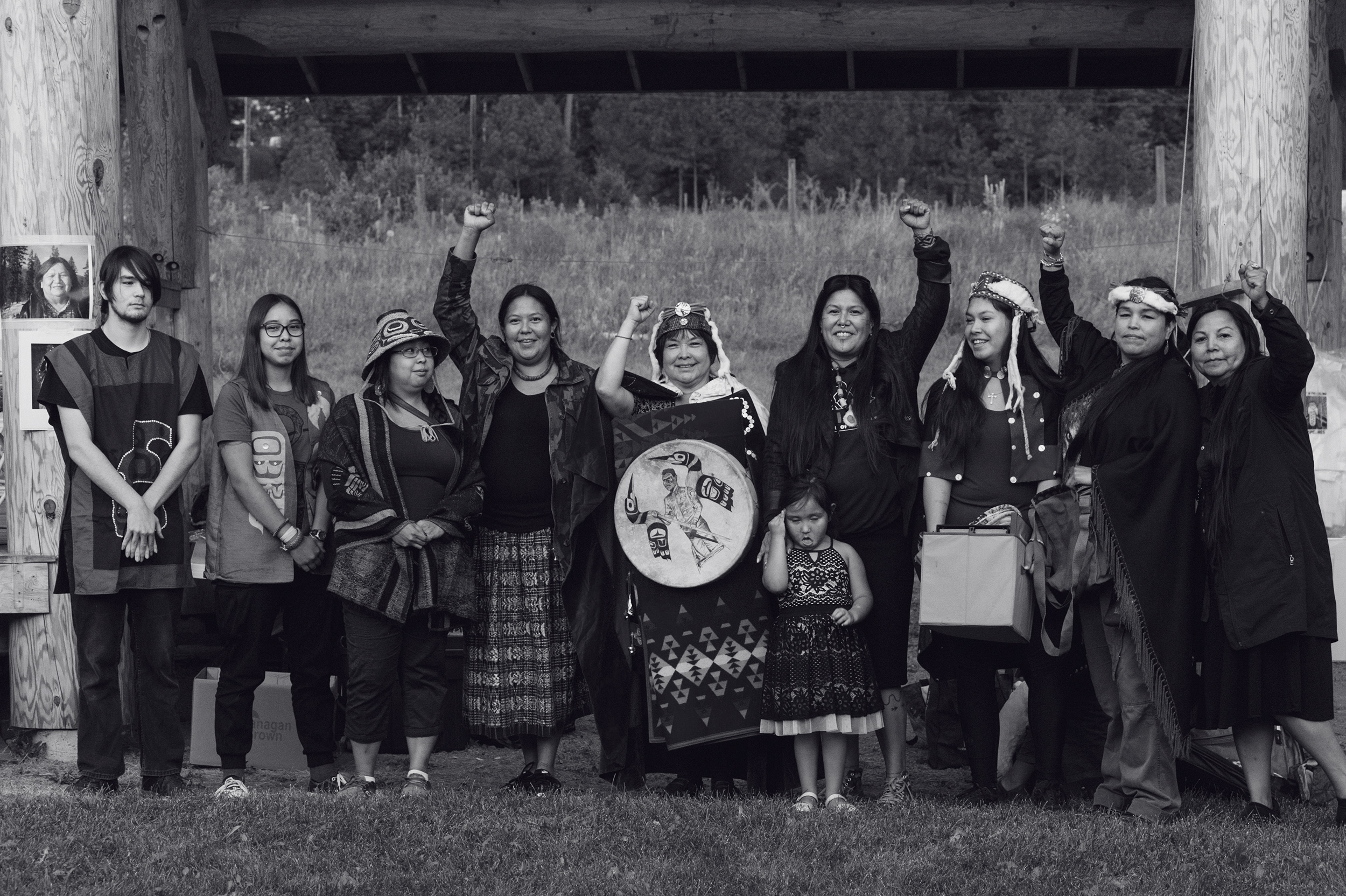 The Trans Mountain oil pipeline system was constructed in 1953 and runs from Alberta to the west coast of British Columbia, Canada. From 1961-2016, there were 82 reported spills along the Trans Mountain line. 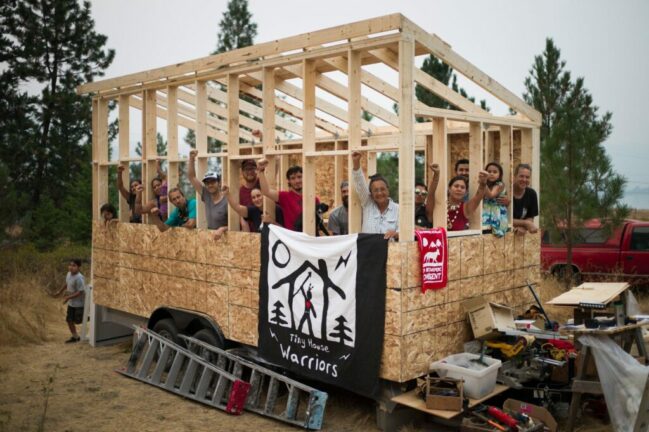 Ten tiny houses are being placed strategically along the 518 km Trans Mountain pipeline route to assert Secwepemc Law and jurisdiction and block access to this pipeline. (Photo: Tiny House Warriors)

Expansion plans: In 2013, then-owner Kinder Morgan filed an application with Canada’s National Energy Board to (twin) build a second pipeline — the $6.8 billion Trans Mountain Pipeline Expansion Project, which would require 609 miles of new pipeline construction and 12 additional pumping stations. The expansion would nearly triple the line’s tarsands carrying capacity, from 300,000 to 890,000 bpd, running from Edmonton, Alberta to Burnaby, B.C. on Canada’s West Coast.

The Trans Mountain route goes through the environmentally sensitive Strait of Juan de Fuca, and narrow channels where a further seven-fold increase of oil tanker traffic threatens the Burrard Inlet, and the resident orca population’s feeding grounds for Chinook salmon. It also goes literally through Burnaby Mountain, via a 2.6-km tunnel. The project would release the equivalent of 7.7 million metric tons of CO2 per year in Alberta and B.C. — as much as 2.2 million cars — while refining, distributing and burning the bitumen would release another 71 million metric tons overseas. 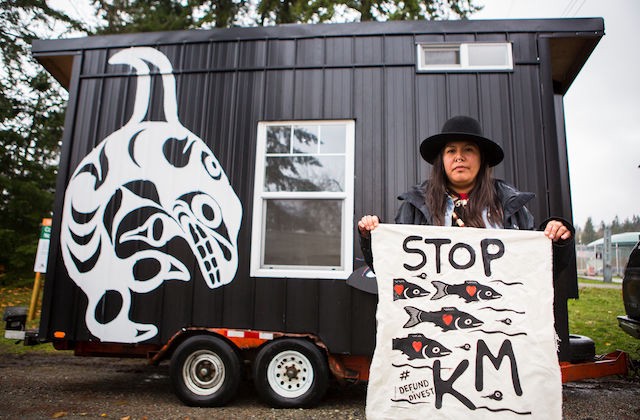 The expansion project was approved by Canada’s federal cabinet in 2016, subject to 157 binding conditions. The approval was challenged in a number of lawsuits lodged by First Nations, local municipalities including Vancouver and Burnaby, and environmental groups. Facing a lack of outside investment support for the expansion project, in 2018 the Canadian government acquired the existing pipeline infrastructure from Kinder Morgan for $3.5 billion, and became owner of the Trans Mountain Pipeline and Expansion Project.

Grassroots opposition to the expansion plan for Trans Mountain has been led since the outset by First Nations, which challenged the expansion project both in the courts, and with many frontlines camps and other direct actions. In 2012, the Tsleil-Waututh and Squamish Nations paddled canoes out to the Kinder Morgan Burnaby Terminal to protest the expansion.

In 2014, Land Defenders were arrested while blocking pipeline survey work on Burnaby Mountain, and in 2017 city-based protests were organized in Vancouver. Since 2018, a Secwépemc protest camp near Blue River, B.C. has been led by the Tiny House Warriors, and has faced violent confrontations with RCMP who are deployed as security for a nearby pipeline worker “man camp” situated on unceded First Nations lands. Another protest camp was established near Thompson River in 2020, to protect the river from pipeline construction.

In May 2021, a B.C. Provincial Court in Kamloops found Indigenous Land Defenders and Tiny House Warriors Kanahus Manuel guilty of theft, and her twin sister Mayuk Manuel guilty of intimidation using violence or threats, during a 2019 confrontation with security personnel outside a Trans Mountain pumping station near Blue River. A sentencing date will be set June 7, 2021. 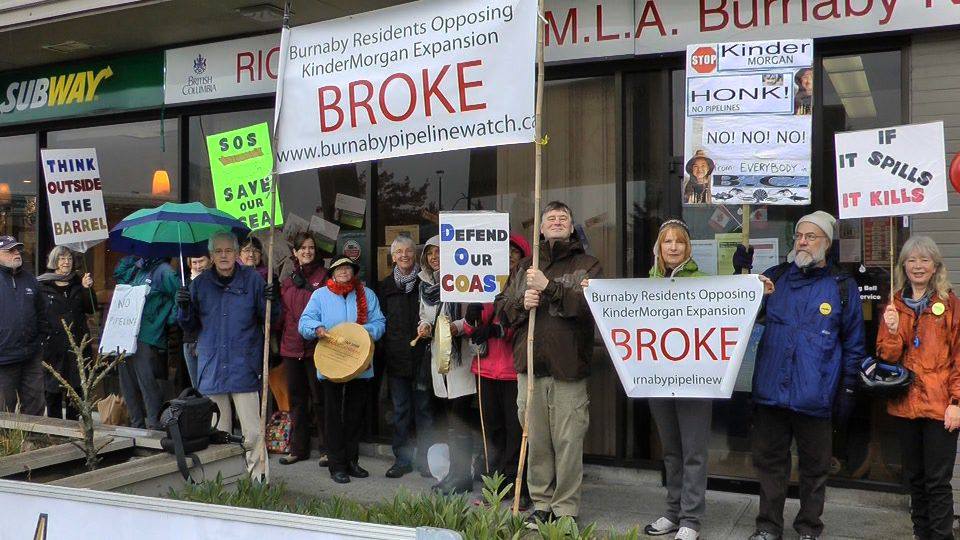 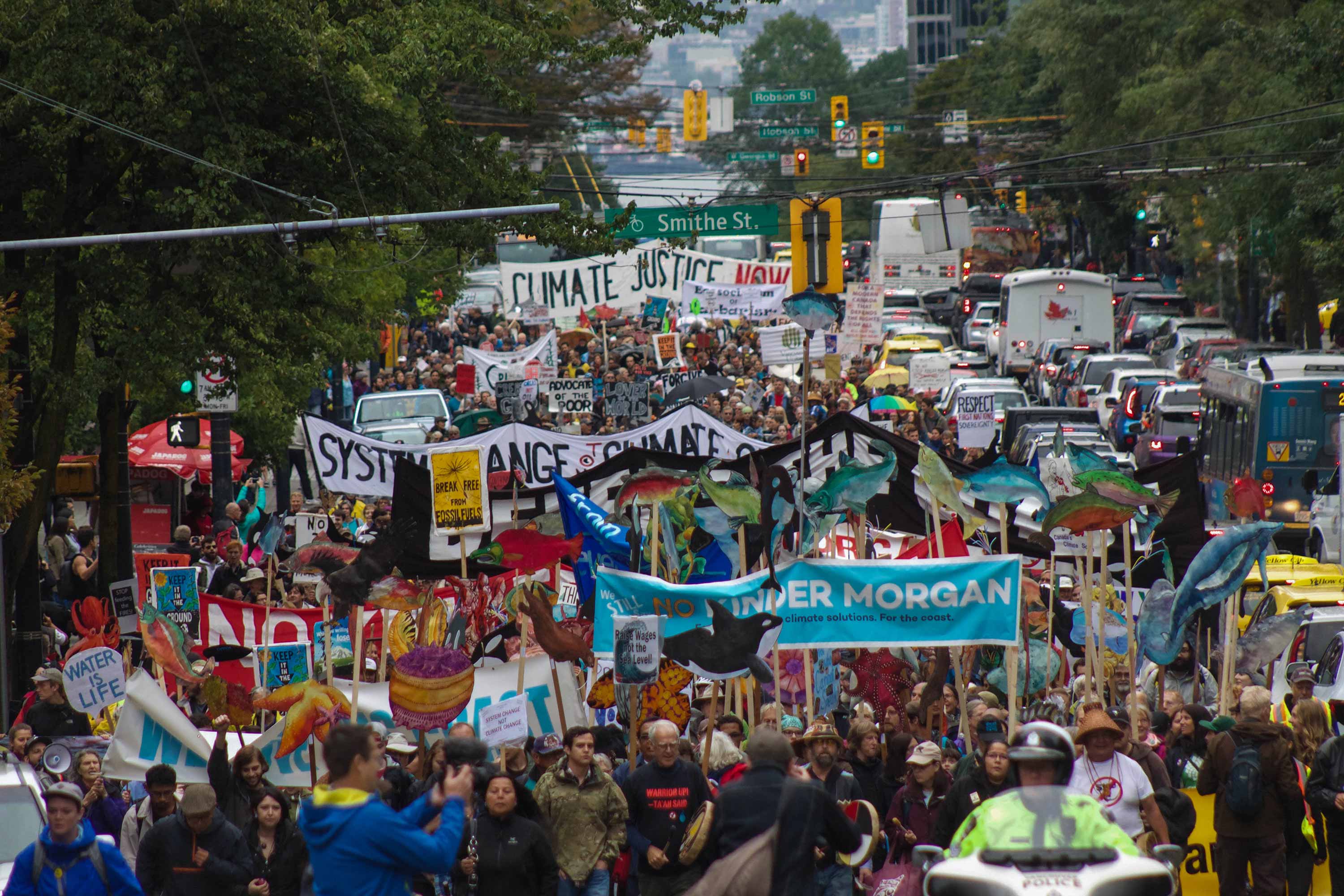