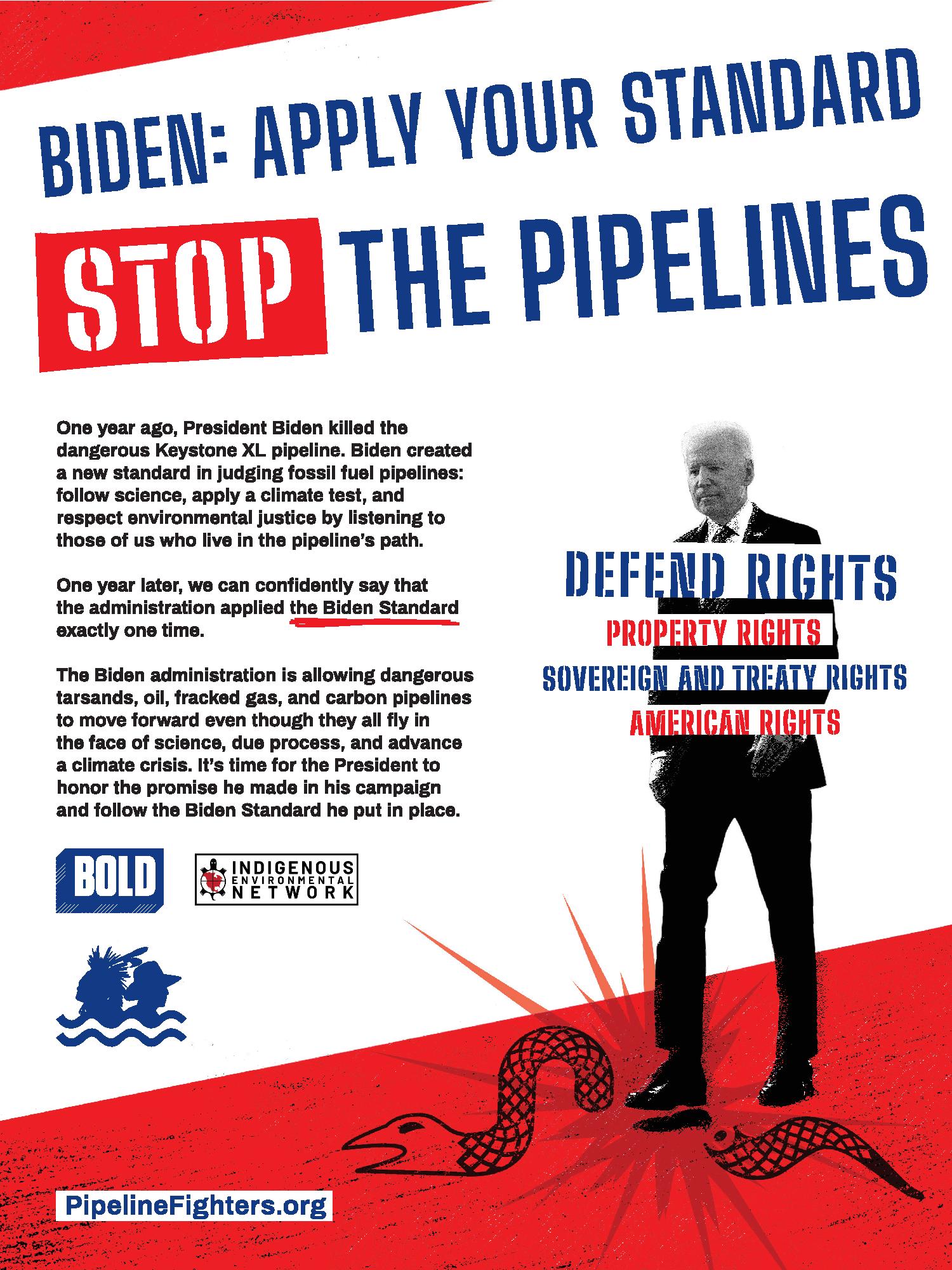 On the eve of the one-year anniversary of the day President Biden took action on his very first day in office to fulfill a campaign promise and revoked the permit for the Keystone XL pipeline — Bold and Indigenous Environmental Network took out a full-page ad in POLITICO and launched a digital ad campaign calling out President Biden for applying the “Biden Standard” behind the project’s rejection just a single time: follow science, apply a climate test, and respect environmental justice by listening to those of us who live in the pipelines’s path.

The Biden administration is allowing dangerous tarsands, oil, fracked gas, and carbon pipelines to move forward even though they all fly in the face of science, due process, and advance a climate crisis. It’s time for the President to honor the promise he made in his campaign and follow the Biden Standard he put in place.

==> Add your name to the petition to tell Pres. Biden:
Apply the Biden Standard & stop the pipelines. 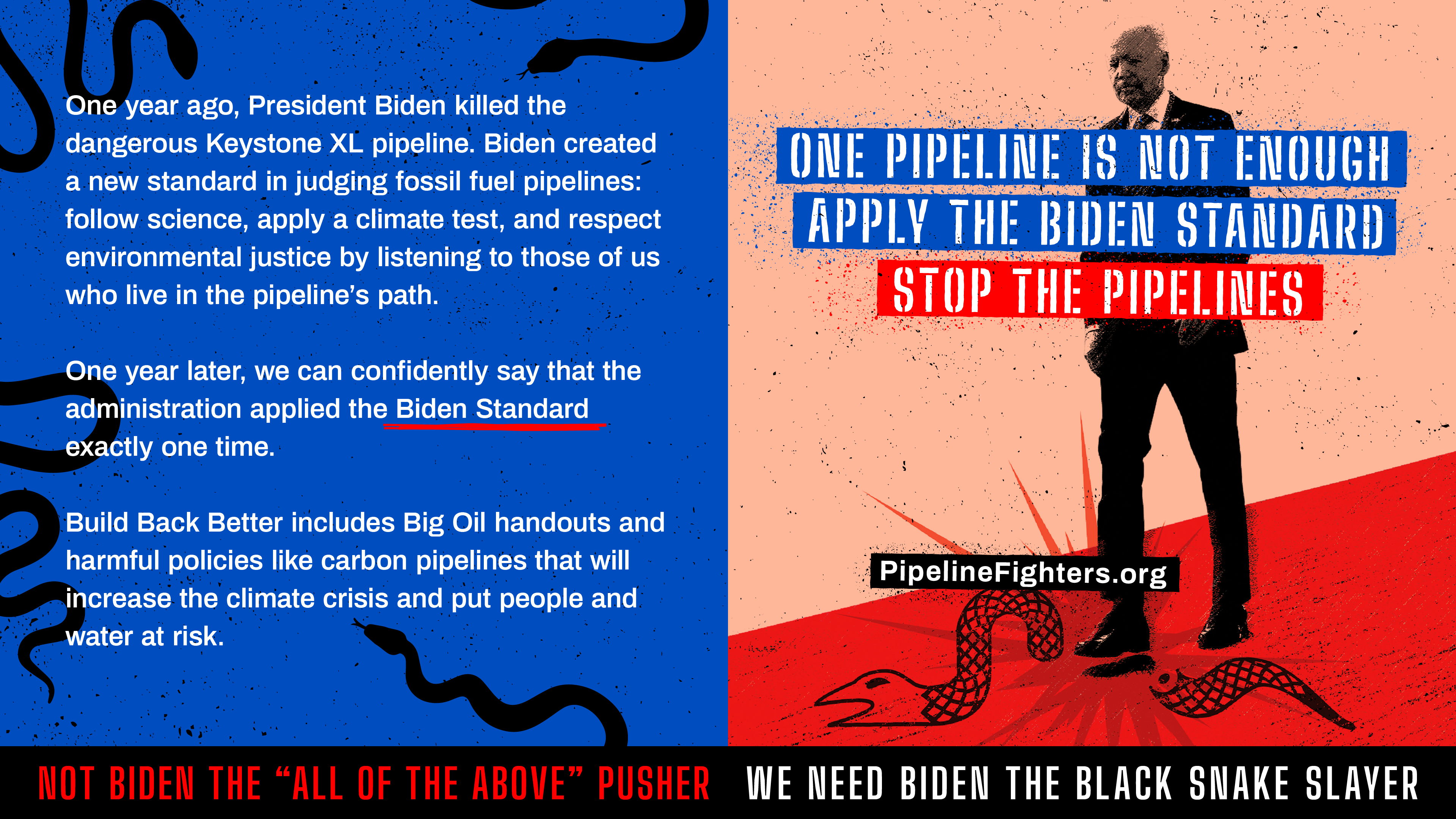 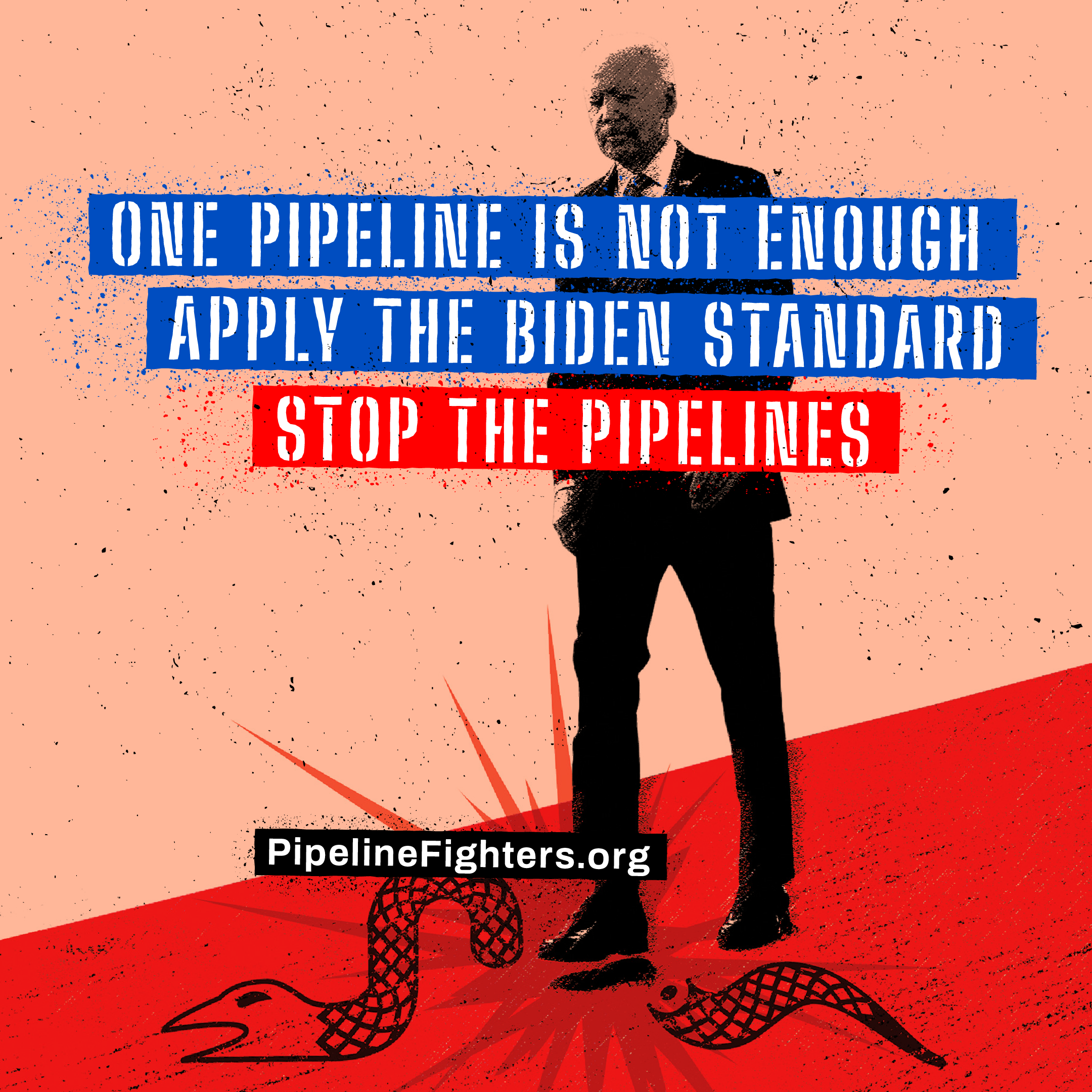 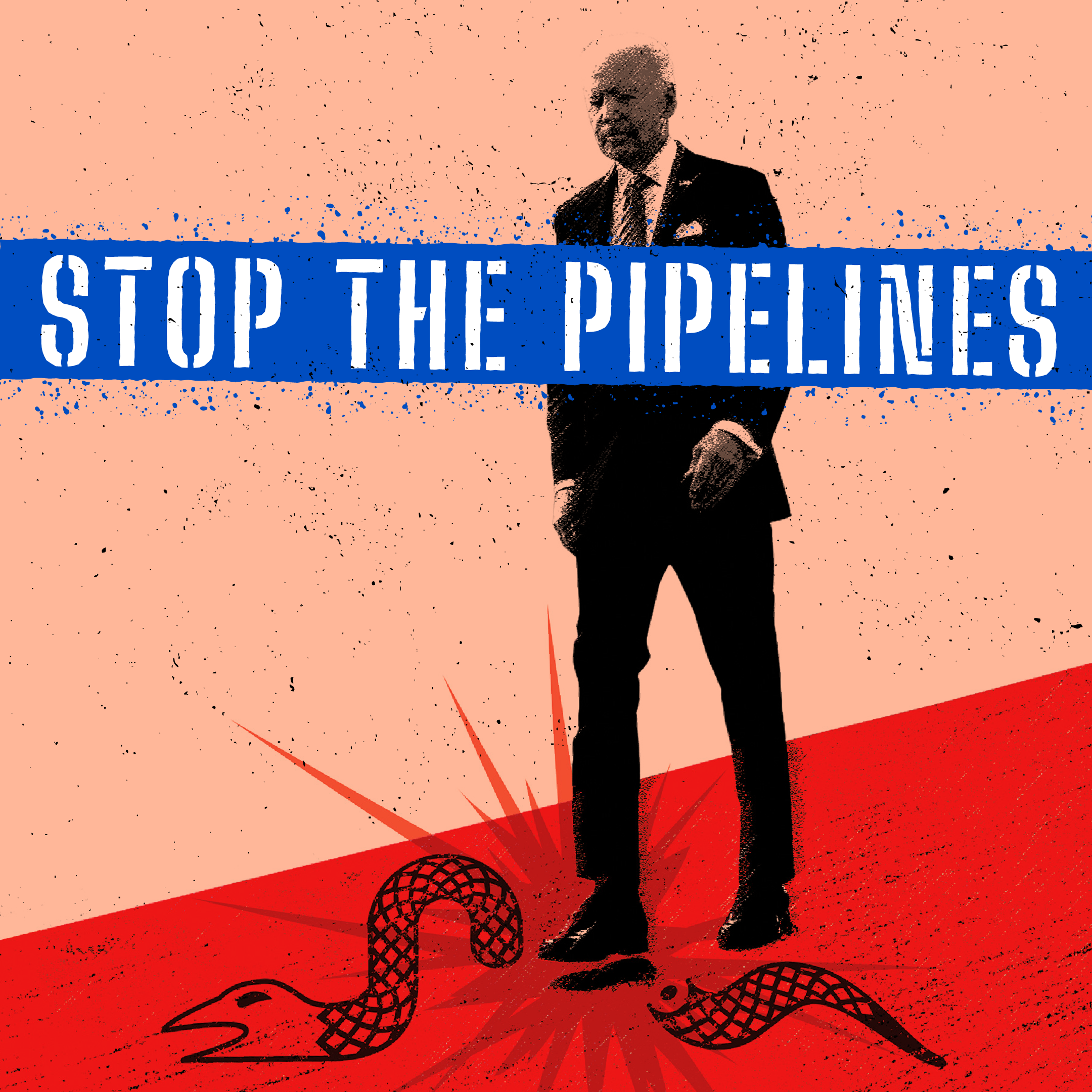