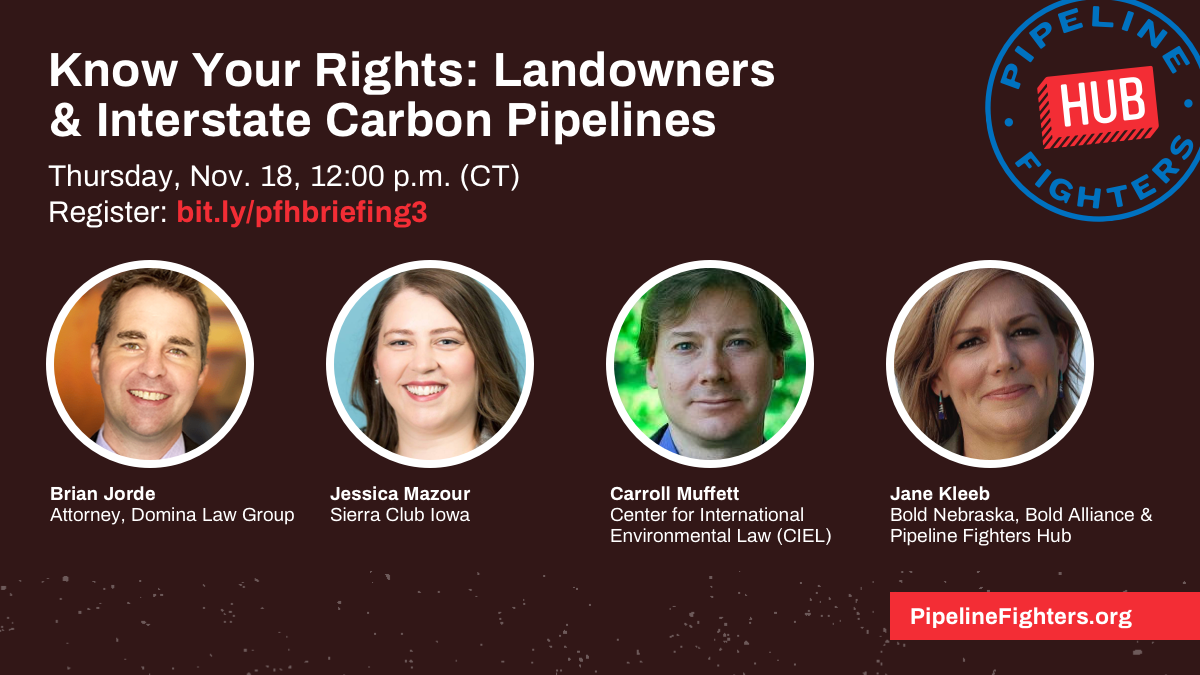 Many landowners in Nebraska are just now finally able to celebrate — after over 10 years of fighting — the complete return of their land sought via eminent domain by TransCanada for the cancelled Keystone XL pipeline. But another threat is now bearing down on these same battle-weary farmers’ and ranchers’ land and livelihoods, and in fact their very lives — from risky carbon pipeline project proposals.

These potentially explosive and deadly pipelines are also seeking to use eminent domain and take landowners’ property, this time for a massive network of new pipelines that are part of a scheme to use taxpayer money to clean up Big Oil’s decades of pollution.

Impacted landowners on the proposed Summit or Navigator “carbon / CO2” pipeline routes and their neighbors in Nebraska, Iowa, South Dakota, North Dakota, Minnesota, Kansas, and Illinois participated in an online forum on Nov. 18 to learn how they can protect their property rights, and stop these risky carbon pipelines threatening the Midwest.

Attendees heard from attorney Brian Jorde of Domina Law Group, which successfully represented a co-op of Keystone XL landowners against eminent domain in court, and landowner groups in Nebraska, Iowa, and other states impacted by proposed carbon pipeline projects from Summit Carbon Solutions and Navigator CO2 Ventures, among others.

Carroll Muffett of the Center for International Environmental Law (CIEL) also presented an overview of the risks of carbon pipelines, and how Big Oil and Gas are marketing this scheme as a false solution to our climate crisis that makes taxpayers pay to clean up these billion-dollar corporations’ generations of pollution in our communities.

Several impacted landowners who have already been contacted by Summit or Navigator shared their experiences and concerns, and local groups organizing landowners opposed to the pipeline in Nebraska and Iowa right now discussed opportunities for joining forces to fight eminent domain. 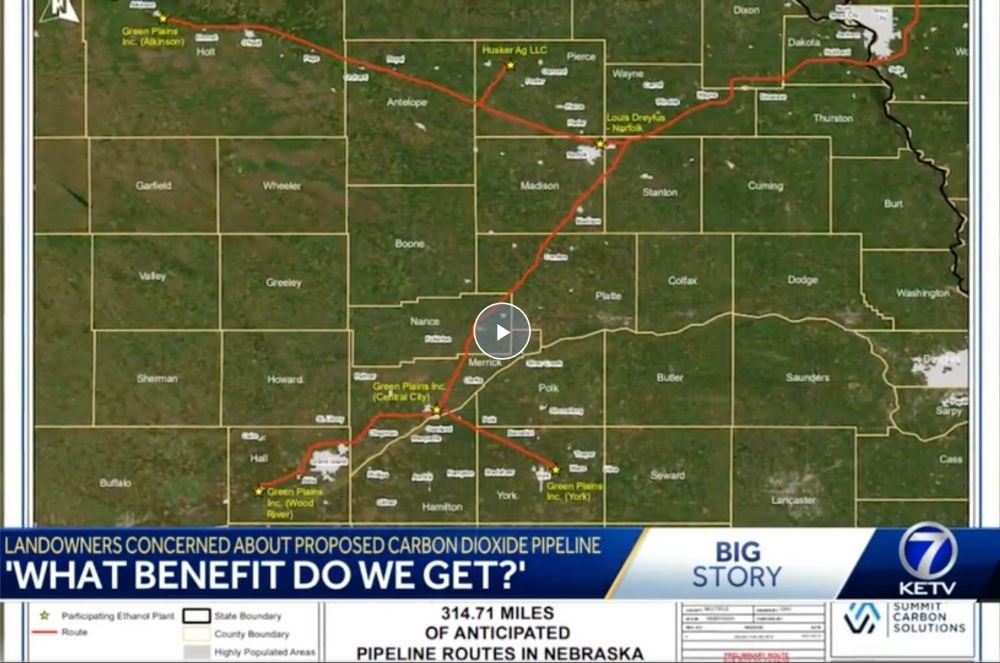