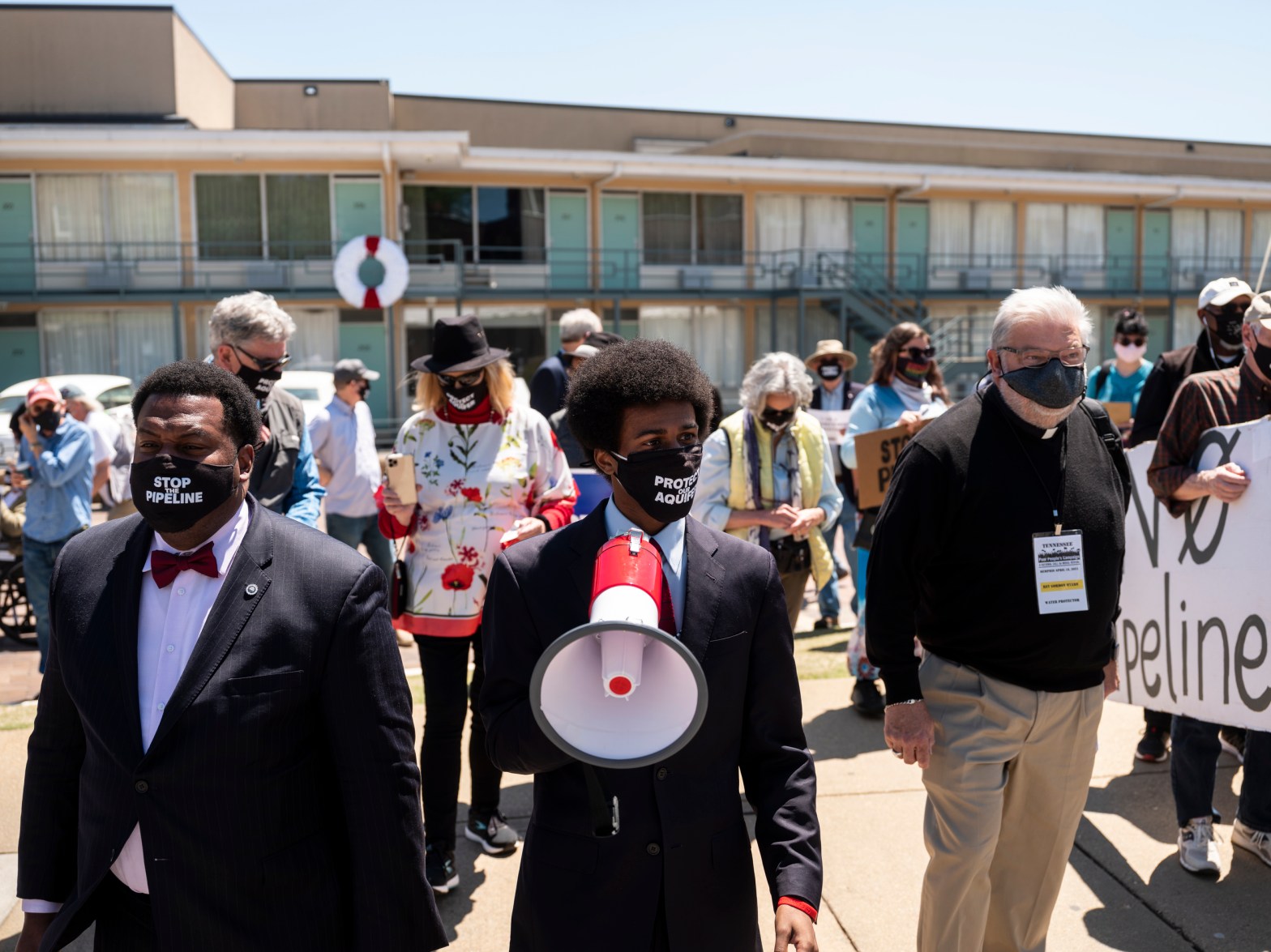 Justin J. Pearson, center, a co-founder of Memphis Community Against the Pipeline, led a march from the National Civil Rights Museum to Memphis City Hall Monday in support of an ordinance before the City Council that would regulate hazardous material underground transportation or storage, including by pipelines. (Photo: Brad Vest for MLK50)

UPDATE: On July 2, 2021, Byhalia Connection pipeline backers Plains All American and Valero announced that they cancelled the proposed pipeline project:

“Byhalia Connection LLC announced today that it is no longer pursuing the Byhalia Connection construction project primarily due to lower US oil production resulting from the COVID-19 pandemic. We value the relationships we’ve built through the development of this project, and appreciate those that supported the project and would have shared in its ongoing benefits including our customers, communities, energy consumers, landowners, area contractors, and suppliers.”

“Pipelines continue to play a critical role in safely transporting energy products from where energy is produced to where it is refined and turned into consumer goods that benefit our lives. As part of any shift to lower carbon energy, hydrocarbons will continue to be a critical part of meeting increasing global need for affordable, reliable energy. Access to all forms of energy improves quality of life, education and economic opportunity for individuals and communities throughout North America and across the globe.”

The proposed 45-mile Byhalia Pipeline, a joint venture of Valero and Plains All American, would cross through historically Black neighborhoods and landowner communities in the city of Memphis, TN (e.g. Boxtown) and into Mississippi — with Black landowners currently engaged in challenges to eminent domain condemnation of their land in the local courts. The environmental racism obvious in this “path of least resistance” and “sacrifice zone” routing means this project should be a target for the Biden administration’s claimed focus on #EnvironmentalJustice. 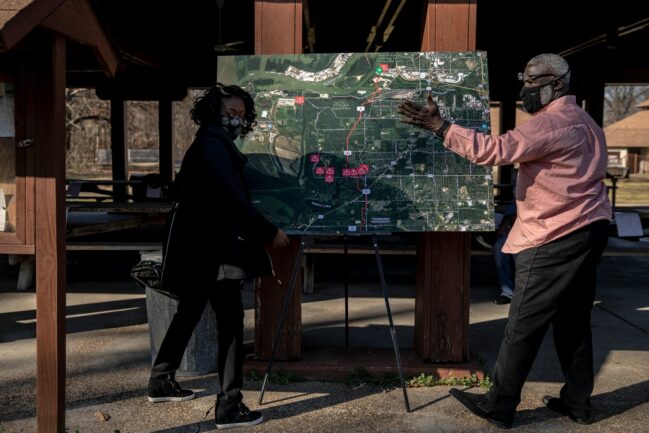 Byhalia would connect two existing crude oil pipelines — The Diamond Pipeline, which provides the Valero Memphis Refinery with crude oil to produce gasoline and jet fuels used by people in eight states in the region, including Tennessee and Mississippi, and the Capline Pipeline, which runs between central Illinois and the U.S. Gulf Coast. Byhalia Connection is currently in the pre-construction and easement acquisition phase of the project, targeting to start construction in 2021 and be in service approximately nine months later.

Local grassroots opposition groups including Memphis Community Against the Pipeline (MCAP) and Protect Our Aquifer have engaged in organizing at the national level and at the Shelby County Board, and Memphis City Council, including introducing an ordinance to protect the Memphis Sand Aquifer that the pipeline company has threatened to sue over. MCAP is also supporting landowners as an intervenor in eminent domain proceedings lodged against Black landowners. 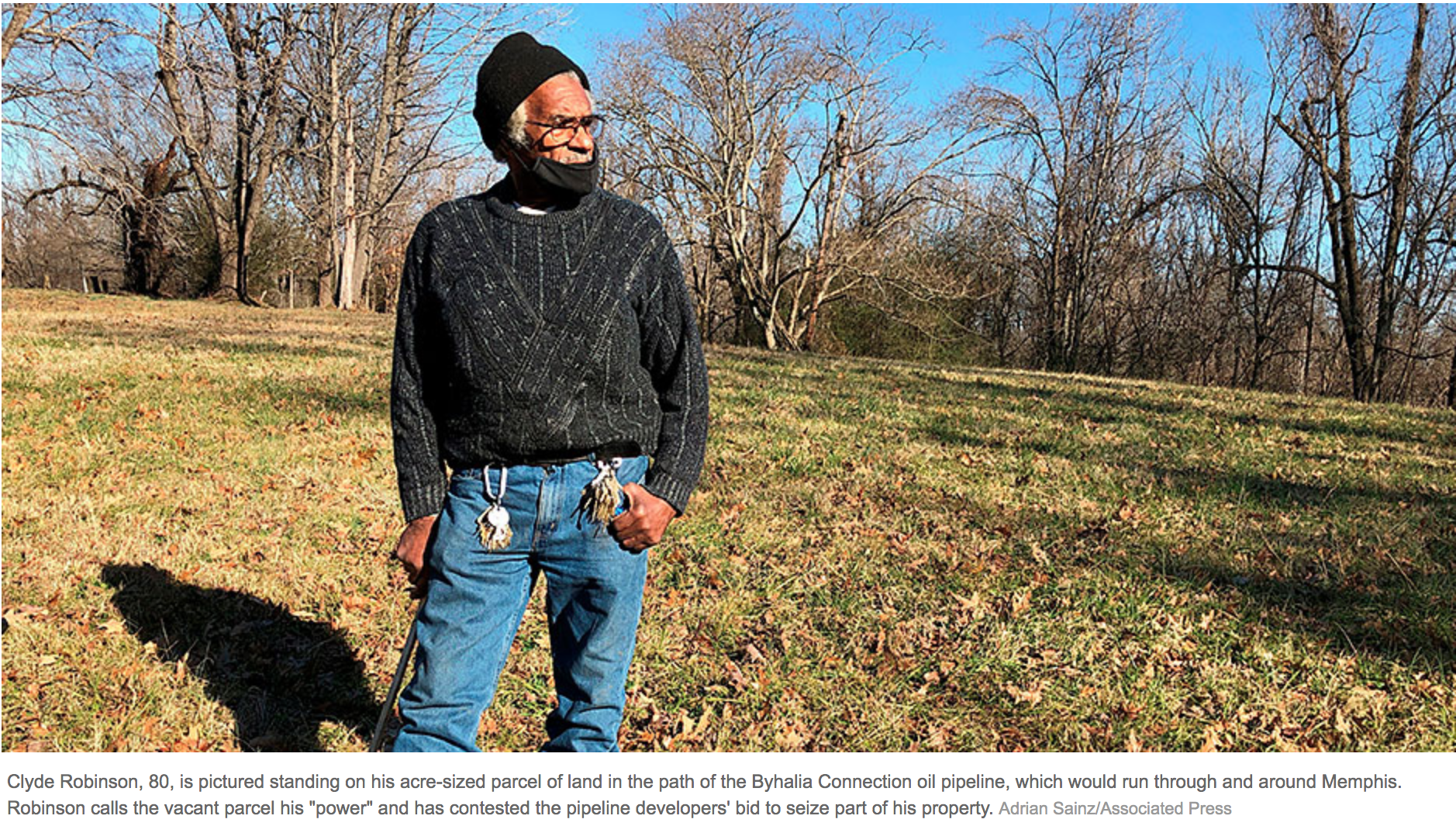 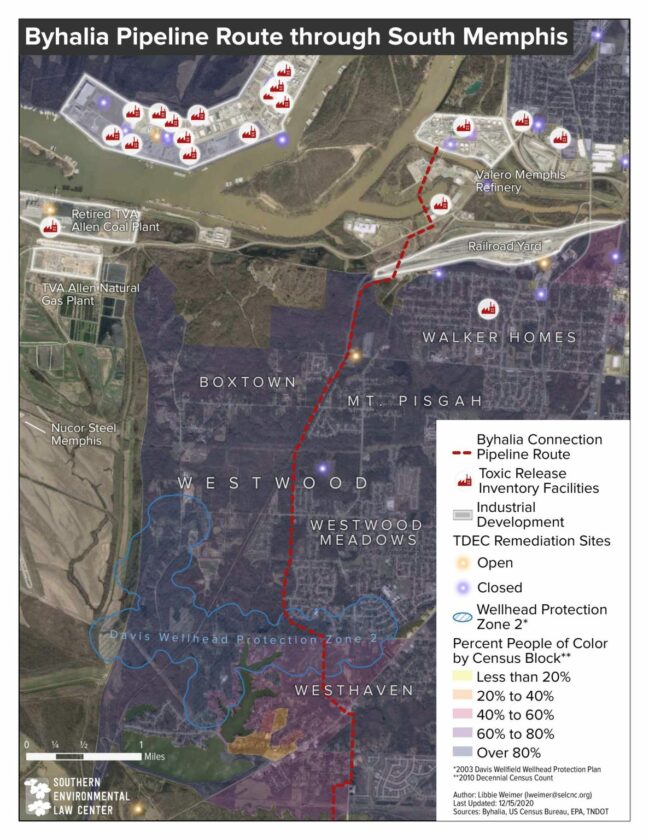 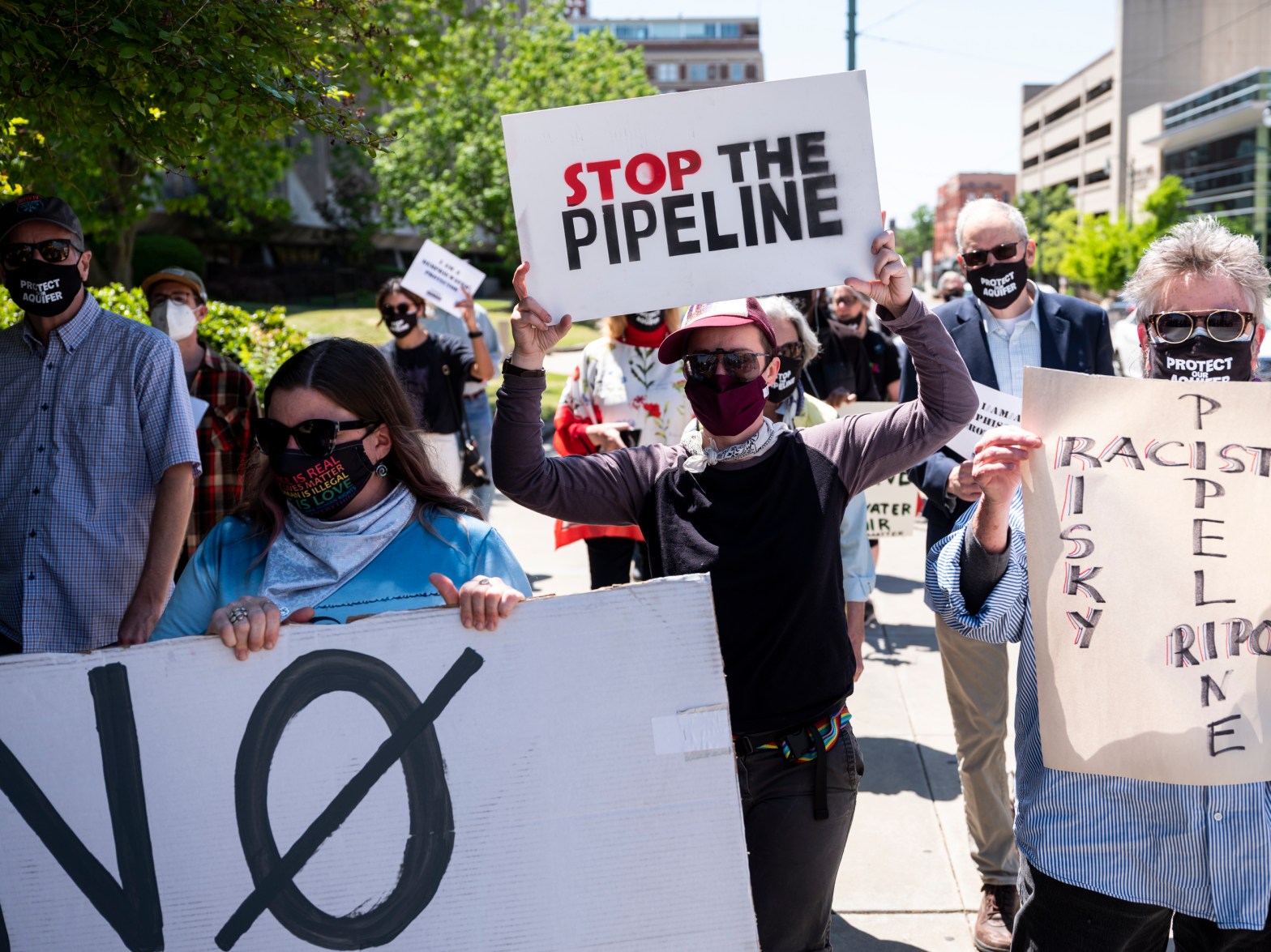 Opponents of the proposed Byhalia Connection Pipeline march during an April rally from the National Civil Rights Museum to Memphis City Hall. (Photo by Brad Vest for MLK50)