Will the 45Q Tax Piggies Be Hogtied by the U.S. EPA? 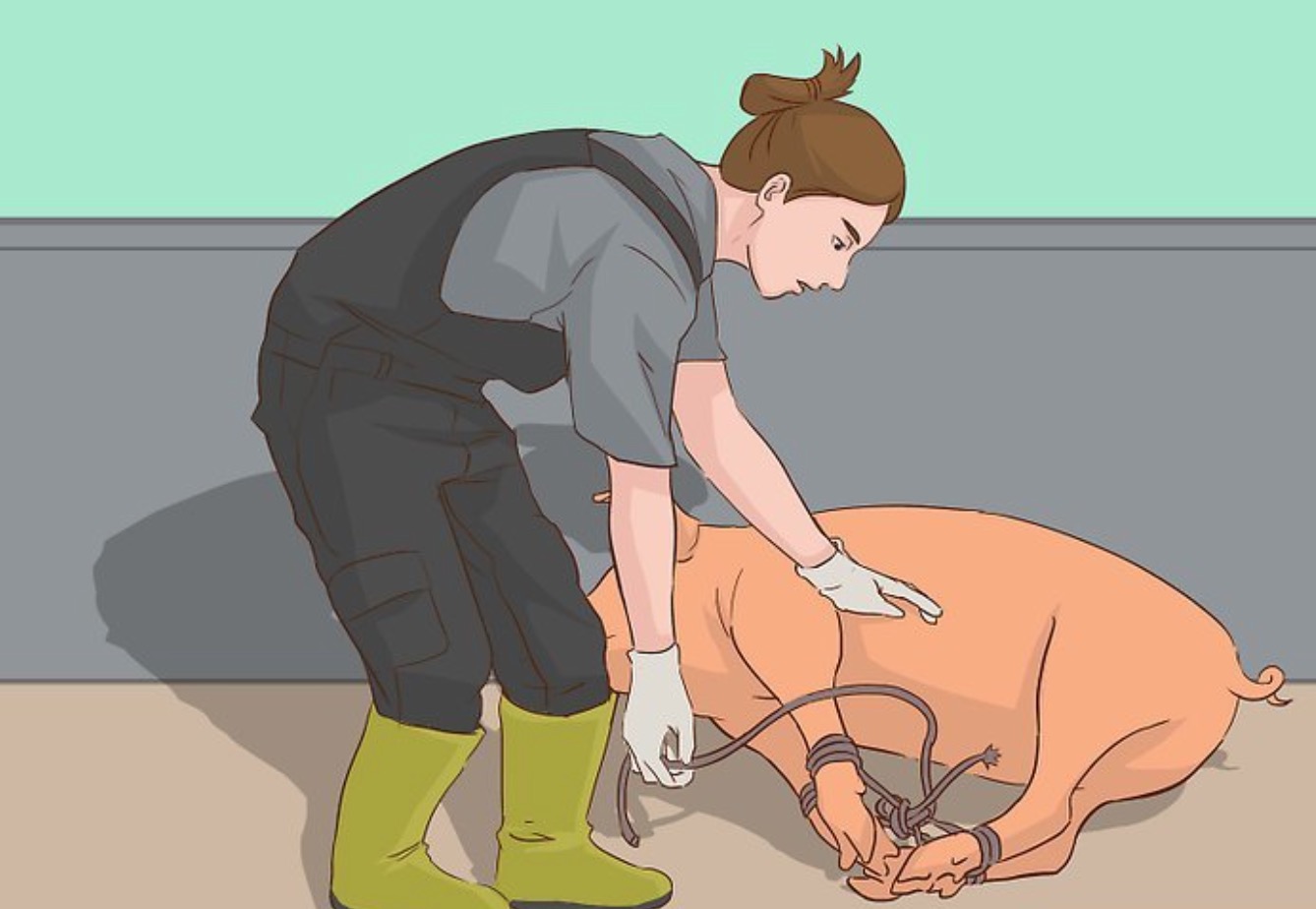 (This is the fifth blog in a series on the 45Q tax credit. Read the first, second, and third and fourth posts.)

Prior blogs have discussed why the 45Q tax credit for carbon capture (CCS) and storage is creating a goldrush of CCS pipeline projects that will be owned and traded among a large number of corporations, partnerships, and joint ventures with the ultimate goal of creating a national market for CO2 served by a network of carbon pipelines. I’ve also discussed why the IRS tax credit claim paperwork requirements appear to be entirely inadequate for tracking the tens of billions of dollars in tax credit claims from currently proposed CCS projects, and hopelessly inadequate for tracking the planned national carbon market fed by potentially hundreds of billions in 45Q tax credits.

So, what does the U.S. Environmental Protection Agency (USEPA) have to do with the 45Q tax credit? The short answer is, the IRS passes the buck for monitoring the physical processes of capturing and then storing or utilizing the carbon to the USEPA. Will the IRS have Revenue Agents lurking around ethanol plants looking for 45Q bootleggers who are capturing less carbon than they claim? Will the agents be undercover in control rooms when a sequestration hub sends carbon to an enhanced oil recovery (EOR) project but claims it went to a geologic sequestration site, so the owner can get $50 per metric ton instead of the $35? Nah, the IRS doesn’t do that science stuff. Instead, it expects that the USEPA will identify and hogtie any cheatin’ tax piggies.

This blog explains how the IRS rules link to the USEPA, and then discusses whether the USEPA’s regulations and enforcement capacity will be sufficient to ride herd on a bunch of galloping tax piggies.

The “specific instructions” section of the IRS instructions for Form 8933 (i8933) state that “the amount of carbon oxide must be measured at the source of capture and verified either at the point of disposal in secure geological storage or at the point of injection as a tertiary injectant in an EOR or natural gas recovery project,” i8933 at 7, thereby mirroring the statute and regulations. However, the instructions do not further describe such verification process beyond what the IRS rules require.

Despite the statutory requirement for verification, it appears that the IRS regulations fail to expressly describe any verification process for geologic sequestration, and neither Form 8933 itself nor the Model Certificates use the term “verify” with regard to the amount of sequestered CO2. At best, the Model Certificates do all have an attestation that all provided information is true and correct, but that’s true for all tax filings.

So, who gets to measure and verify carbon flows? It turns out the tax credit piggies get to do all the measuring and verifying themselves. However, the IRS rules neither state this nor describe a generally applicable measuring and verification process with which claimants must comply.

With regard to verification of carbon used for EOR, the IRS rules at 26 CFR § 1.45Q-3(d) and (e) require that EOR facilities file certifications with the IRS (this requirement does not apply to geologic sequestration facilities). This being said, the EOR operators that report carbon use under the EPA’s Subpart RR carbon reporting program may simply self-certify their use of carbon to the IRS. The IRS apparently considers the USEPA’s carbon reporting program to be an adequate backstop against fraud. EOR facilities may instead report carbon amounts under the CSA/ANSI ISO 27916:2019 standard, which may rarely be used, but these facilities must go through the extra step of retaining an “independent” engineer to certify the accuracy of the volumes injected. Likely, the EOR operator would need to ship a bunch of files to the engineer who would likely bless it all without any onsite monitoring or inspection. Under IRS rules, most if not all of the amounts of carbon injected for EOR would be self-certified.

With regard to verification of geologic sequestration, the Form 8933 instructions require that a geological storage site have a Monitoring, Reporting, and Verification Plan (MRV Plan) approved by the USEPA. The instructions also state that “[t]he annual amount of carbon oxide claimed for the credit must be consistent with amounts reported to the EPA under its Greenhouse Gas Reporting Program, subpart RR.” i8933 at 3. Thus, it appears that for geologic sequestration, the IRS does not require that any verification documentation be filed with it, and instead relies entirely on the USEPA’s carbon reporting program, and even then, requires only that documents filed with the IRS and USEPA merely be “consistent.” While not stated directly, the Form 8933 instructions imply that the verification required by the 45Q statute and regulations is essentially a sequestration facility’s reporting to the USEPA. Neither Form 8933 nor the model certificates require that 45Q claimants provide the IRS with copies of their reports to the USEPA reporting documents directly to the IRS.

The IRS deals with dollars; the USEPA deals with science numbers stuff. I guess we just have to trust that there are no bureaucratic cracks between the IRS and USEPA through which billions of dollars can slip.

Looking more closely at the reporting required by the USEPA, it is important to note that the USEPA carbon reporting program was not created to monitor carbon flows for the purpose of confirming 45Q tax credits. Instead, the Part RR program has been bootstrapped into this role. Subpart RR requires that disposal well owners monitor, measure, and report CO2 flows, and that they have approved Monitoring, Reporting, and Verification Plans. Class VI well permitees must monitor and measure, 40 CFR § 98.444, a variety of CO2 flows, 40 CFR § 98.442, and report this data to the EPA, 40 CFR § 98.446, until operations at disposal sites are discontinued. 40 CFR § 98.441. Permittees must retain annual and quarterly records for three years. After that, the records get shredded, along with any real chance of enforcement.

What about this verification plan thingy? The MRV Plan is required by 40 CFR § 98.448, but it should be noted that the MRV Plan regulations do not expressly require verification of amounts of carbon captured and injected. Instead, the MRV Plan regulations are primarily focused on monitoring and reporting on the fate of the carbon after it has been pumped underground. The USEPA MRV Plan regulations were drafted from the perspective of preventing carbon pollution leaks, not verifying where the carbon came from or exactly how much is injected underground. The “verification” part of MRV Plans was never intended to verify that disposal facilities aren’t cheating on their taxes. Since no other provision of Subpart RR requires certification or verification of amounts of carbon sequestered or used for EOR, it appears that the USEPA regulations also do not actually require any formal verification of the amounts of carbon captured and injected underground. Could the USEPA require some sort of verification in approved MRV Plans? Perhaps. At this point the USEPA has only approved the MRV Plans for two Class VI wells, so it may not have yet fully anticipated the tsunami of carbon that could be headed its way or the enormity of its role as the de facto verifier of the 45Q tax credit program.

Therefore, it appears that USEPA’s Subpart RR regulation require reporting of volumes of carbon injected underground but it does not require any verification or certification of such volumes, independent or otherwise. Presumably a variety of statutory and regulatory requirements related to making false statements to the USEPA would apply to documents submitted under Subpart RR, but this doesn’t mean that USEPA will send monitors into industry facilities or require real time and/or recorded data feeds from carbon capture facilities, carbon hubs, and disposal sites.

Since the IRS does not require the tax credit piggies to include any of the hard data provided to the EPA in their 45Q tax credit filings, investigation and enforcement of tax credit piggie misreporting of carbon flows would appear to require a joint effort by the IRS and the EPA. The IRS would need to wade through piles of Form 8933s and attached documentation, and the USEPA would need to review carbon volume data from potentially dozens on carbon capture and disposal sites. Then, all this data would need to be merged and analyzed.

What could go wrong? Enforcement of the 45Q tax credit program may play out like a greased pig contest, only with hundreds of the slippery tax piggies and the IRS and USEPA each trying to simultaneously catch different legs on the same pig.

Is the USEPA ready to cutout and hogtie any errant tax piggies? Seems unlikely. The USEPA’s mission is not to enforce tax credit claims. The IRS’s bootstrapping of the USEPA’s pollution monitoring regulations for use as a form of tax credit verification seems unwise and ineffective.

The 45Q tax credit piggies probably understand that as long as they file good looking if complex paperwork, then neither the IRS nor USEPA is likely to call them out before the piggies shred all the evidence. The piggies will probably be able to ship their carbon wherever they want with and then cook their books so as to maximize their wealth.

Speaking of using carbon, look for more next time about the oil industry’s CO2-EOR plans, and the commercial relationship between EOR and geologic sequestration.

Is the IRS Ready to Wrangle the 45Q Tax Credit Hogs?