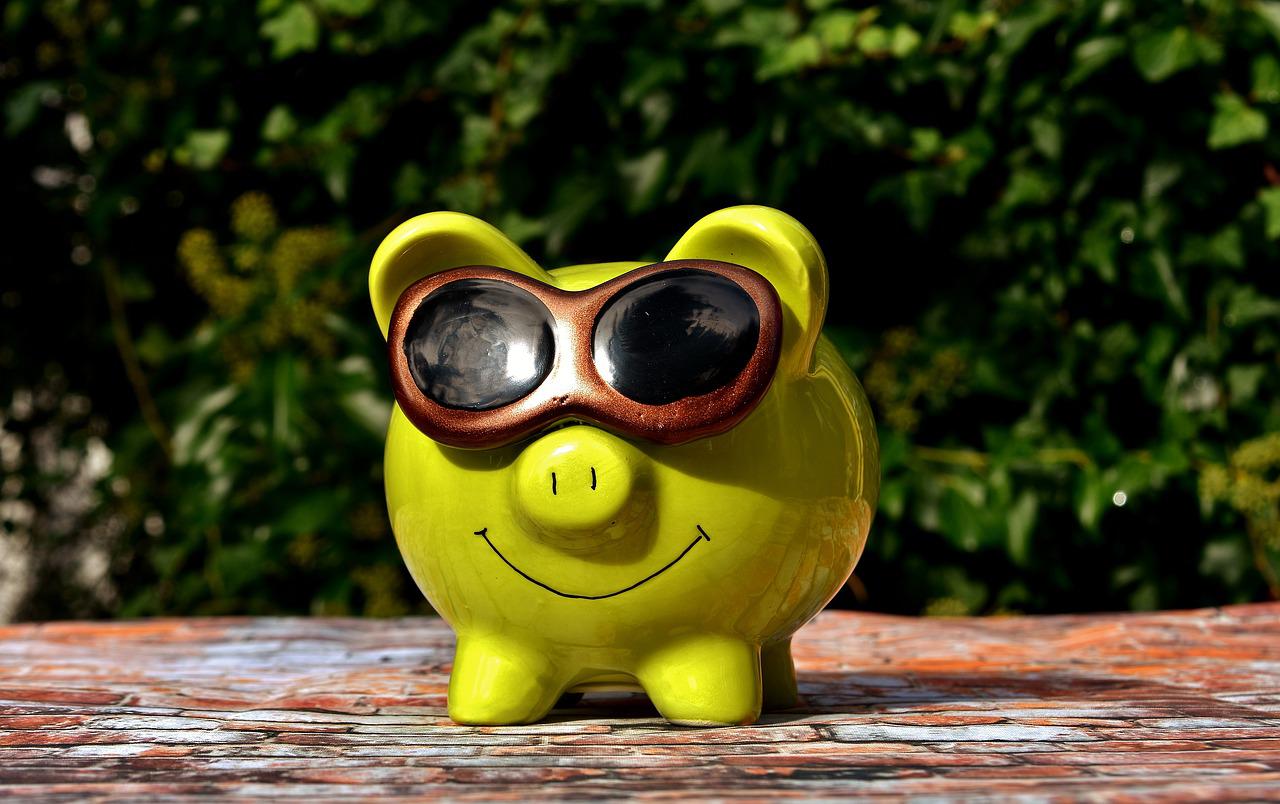 Image by Alexas_Fotos from Pixabay

(This is the third blog in a series on the 45Q tax credit. Read the first, second, fourth and fifth posts.)

Prior blog posts described the 45Q tax credit and explained why it’s creating a goldrush to build carbon pipelines. This post discusses which piggies can line up at the trough and how they divide up the spoils.

If you want to cut to the chase, the answer is that the IRS 45Q tax credit rules are so flexible that the credits from a single development project may be owned by an unlimited number of entities that have an ownership interest in either carbon capture equipment and/or a sequestration site. However, we won’t be able to find out who these entities are because the tax credit claims are considered to be part of a tax return and therefore are nonpublic information. This being said, for those of you who want to understand the tax credit ownership rules in more detail, read on!

For carbon capture facilities constructed after February 9, 2018, the entity with the right to the 45Q tax credit is “the person that owns the carbon capture equipment and physically or contractually ensures the capture and disposal, injection, or utilization of such qualified carbon oxide.”[1] The top-dog piggy, as it were, is the piggie that (a) owns a piece of carbon capture equipment and (b) ensures disposal or use of the CO2. This entity may be a very rich real person, a corporation, or a partnership made up of multiple types of entities.[2] Only one taxpaying entity will be considered the owner of each piece of capture equipment,[3] but different pieces of equipment in a single facility may be owned by different entities,[4] and the tax credit may be allocated among investors and partners.[5]

45Q ownership rights in carbon capture equipment may be bought and sold or adjusted via contracts among the owners. As a result, any person or entity that has a tax liability and needs tax credits may take part ownership in a piece of capture equipment and/or may be allocated 45Q tax credits proportionally to an ownership share in a corporation or partnership. It is possible that many entities could claim a 45Q tax credit for capture at a single facility.

An owner of capture equipment must claim the 45Q tax credit annually by attaching IRS Form 8933 to its tax return showing how much carbon was sequestered and used for EOR or other purposes, as well as the resulting tax credits.[6] The fact that this is an annual filing is important, because it means there is no long-term regulatory requirement that captured CO2 be sent to any particular sequestration or EOR/use site. The owner of the CO2 may decide on an ongoing basis where the carbon will be sent.

This doesn’t mean that the owner of the capture equipment would be actually operating the equipment, because it may contract with one or more entities to perform the capture operation.[7] However, its contractors can’t belly up to the 45Q trough (unless they also are the permittee for a disposal well, see below), because the equipment owner may not transfer the tax credit to its contractors or subcontractors.[8] This rule makes sure that the big guys keep the big cash for themselves and the little guys get contract rates.

Slop Trough #2: Ownership of the Entity that Acquires a Sequestration or EOR Well Permit, or is the Owner of an Industrial Facility that Uses the Carbon

The entity that owns the carbon capture equipment may in each tax year transfer some or all of its 45Q tax credit accrued in that year to one or more of the entities that dispose of or use the captured carbon.[9] Transfers to multiple disposers/users must be proportional to the amounts of carbon sent to each. The entity that disposes of the carbon is the entity that obtains the permit to drill either a disposal or EOR well, or the entity that owns a facility that uses the carbon for some other commercial purpose.[10] This disposal/use entity may be an individual, corporation, or partnership, and, in the case of EOR disposal, may also be a joint venture.[11] A disposal/use entity may assigned the tax credit to its investors, partners, or joint venture owners proportional to their ownership interest.[12] Tax credits may not be transferred to contractors who actually pump the carbon underground if they are not co-owners of the disposal well permits.[13]

The 45Q tax credit does not contain any restrictions on the terms of transfers to sequestration and EOR well permittees or industrial use facilities, so presumably the owner of the capture equipment could sell some or all of the tax credits, particularly those it does not need to offset its own tax liability, to a sequestration site or EOR well permittee(s), who could then use such transferred tax credits to offset their federal income tax.

So, what do all these rules mean? Let’s speculate about the Summit project’s tax credit contractual structure. Each piece of carbon capture equipment at each ethanol plant under contract with Summit could be owned by multiple owners via one or more partnerships. For example, an oil company could invest in the Summit project and take an ownership share in carbon capture equipment at multiple ethanol plants via a partnership made up of Summit Carbon Solutions (the developer), the owners of the ethanol plants, and other equity investors. Assuming that the carbon capture partnership buys the carbon stream from the ethanol plant, then the partnership would pay the ethanol plant a per ton fee for the carbon (possibly offset by a tax credit share) and ship it to different sequestration and/or EOR/use sites, presumably based on a decision of the capture facility partnership. The oil company could ship an amount of carbon proportional to it is ownership share to an EOR subsidiary it owns for use in extracting oil, and transfer a proportional amount of tax credit to this subsidiary to offset its tax liability on income from selling the crude oil produced by the EOR facility. If needed for its EOR operation, the oil company could also buy carbon and tax credits from other owners of the capture facility.

When one considers a project as large and complex as that proposed by Summit Carbon Solutions, which has 32 separate carbon emitters committed to contribute carbon for transportation by pipeline to a sequestration site in North Dakota that is relatively near potential EOR sites, it is entirely possible that the tax credit claimants would number in the dozens. It is also possible that an entity could have an ownership interest in carbon capture equipment in entirely separate CCS projects, for example in both the Summit and Navigator projects.

The tax credit transfer possibilities created by the 45Q program could keep an MBA program at Hogwarts busy in their dungeons for life.

Now, imagine complex structures for dozens of CCS projects across the country interconnected by pipelines that allow buying and selling of carbon nationwide. The 45Q tax credit program would essentially turn waste carbon into a commodity and create a new national carbon commodity industry served by a market that sets the price for carbon and distributes tax credits based on need.

Imagine that: a new industry based entirely on federal tax credits. Given (a) the ambitious nationwide pipeline development plans outlined by multiple supporters of the 45Q tax credit, (b) legislative proposals for massive increases in the 45Q program’s per ton amounts, and (c) the oil industry’s admitted need for massive amounts of carbon for EOR, the 45Q hog trough multiverse appears to be the goal. To boldly go where no tax credit piggie has gone before!

How is the IRS gonna track all of these tax credit transfers? Will it be able to wrangle a massive herd of tax credit piggies happily slurping away at the tax credit trough? Is it developing real time online reporting mechanisms using high tech computer algorithms and stuff so a computer can burp out a list of tax credit cheats? Nope. The next blog post will discuss the IRS’s 45Q paperwork and reporting requirements: 19th Century accounting tech for a 21st Century tax scam.

So, who are the tax credit piggies? We actually cannot and will not ever know. It depends on who owns the carbon capture equipment, who is the permittee for sequestration and EOR wells, and who owns other industrial use facilities. Since Summit and Navigator have not disclosed their business structures and contracts, we don’t know how the 45Q tax credits will be sloshing around in their particular hog troughs. And, since 45Q tax credit reporting will be made via federal tax returns, all the tax credit claims will be confidential. No one outside of the IRS will ever know the full scope of the 45Q tax credit piggie multiverse.

What is clear though is, you ain’t getting any.