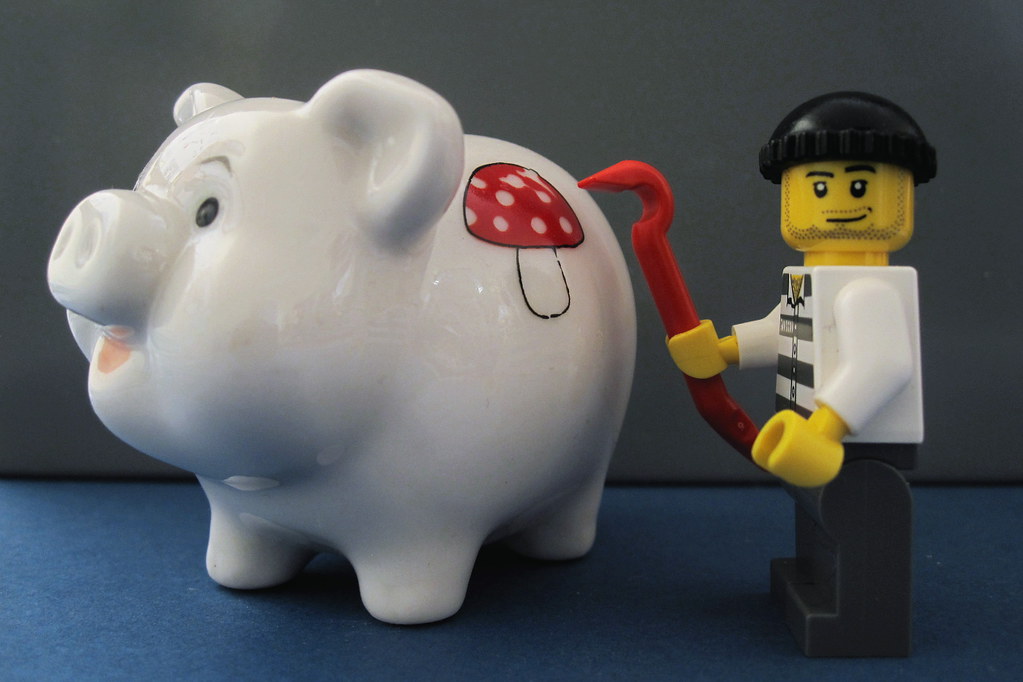 This post is the first in a series that tours the 45Q carbon capture and storage tax credit hog farm! (Read the second, third, fourth and fifth blog posts.) 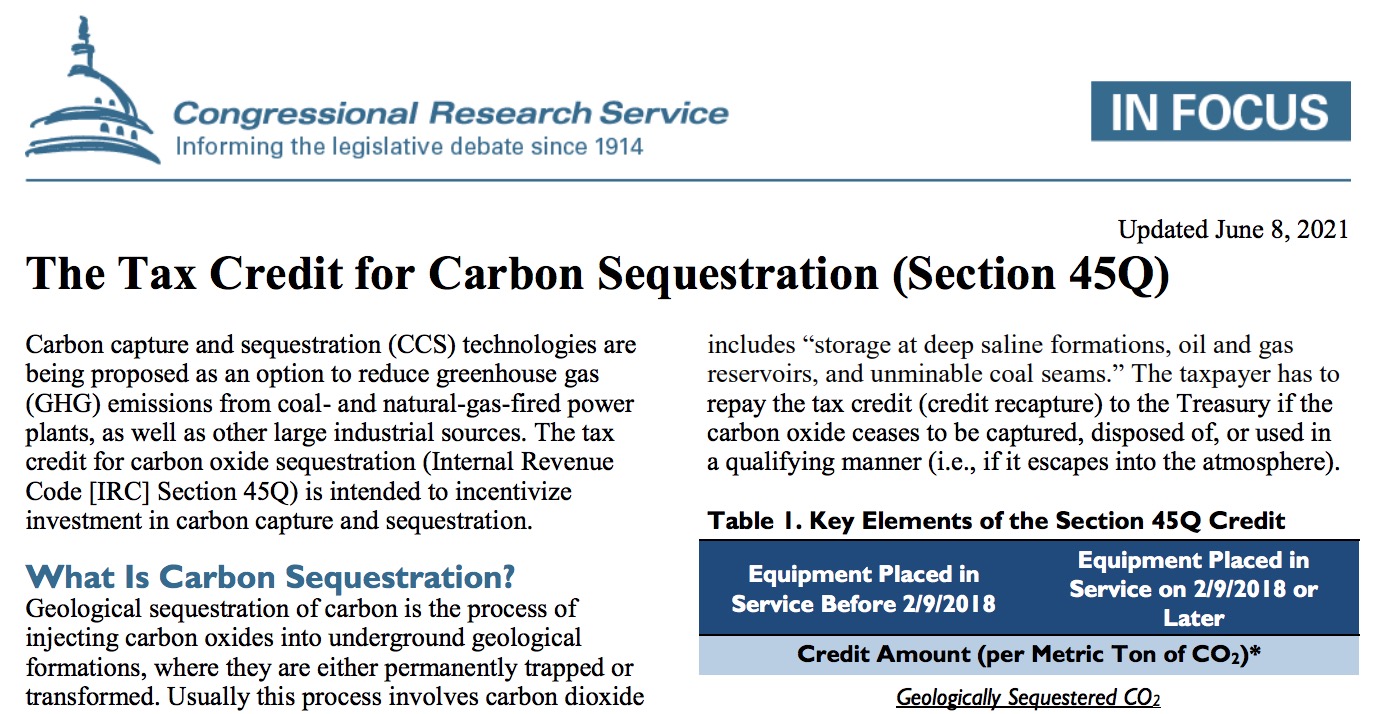 No doubt, you’re all dying to meet the piggies who are lining up at the federal 45Q tax credit trough, and to learn how Congress is planning to slop their trough with billions in federal tax credits to help fatten them up (even more). Since the 45Q tax credit is perhaps the primary driving financial force behind the proposed carbon pipelines, it’s important to understand. Your tour will explore the tax credit farm in what I hope are a series of manageable blog posts, because it’s hard to endure the stench of the place. So, hold your nose and follow me!

First, let’s make sure everyone understands what a tax credit is. We all pay taxes, right? Well, no. There are no and low-income people who don’t pay income taxes (though they do pay sales and many other types of taxes amounting to a high proportion of any income they might have), because either they don’t have any income or they need to keep every cent they earn just to survive. There are also very rich people who pay no taxes, or pay very low taxes relative to their incomes. How do they get away with this? One way is by snarfing up tax credits.

There are many types of tax credits. Their public purpose is to encourage taxpayers to do things that the government wants them to do but without paying them directly. Let’s say that a county government had a problem with litter along roadways and wanted to clean it up. It could pay someone to do this, but doing so would require that the county set aside money in its budget and then hire trash picker uppers, and many politicians are opposed to increasing government budgets and hiring more staff. One way around government budget concerns is to provide a tax credit for every pound of trash picked up along roadways. That way, the county’s budget would not increase, but its tax revenue would decrease.

With a tax credit of 10 cents per pound of trash, a property taxpayer would be given 10 cents off their taxes for every pound of trash picked up. 1,000 pounds of trash (a heaping pickup full) would equal a $100 tax credit. At this low rate, probably no property tax payers would pick up trash. Too much work for too little tax benefit. But, what if the tax credit was $1 per pound? Picking up 1,000 pounds would reduce a property tax bill by $1,000 dollars. Some folks might do that, especially if they knew about a big pile of trash near their home and had a truck. What if the tax credit was $10 per pound? Then, picking up a thousand pounds of trash would create a $10,000 tax credit. At this rate, probably a bunch of people would pick up trash. Just to make the point, what about a $100 per pound tax credit where a pickup full of trash would be worth $100,000? Pretty much everybody would be out in the ditches scratching for trash, and maybe even littering on purpose just so they could pick it up. And, the county’s tax revenue might disappear entirely.

One problem with tax credits is that by being overly generous they can create a goldrush mentality and end up wasting tax dollars, because it would have been cheaper just to accomplish the policy goal through direct payments.

Tax credits can have other problems, too. Let’s say the county’s tax credit rules said that only individuals with a garbage truck and a license to pick up trash could get the tax credit, and that the trash must be weighed at the dump so that everything looks on the up and up. But, it just so happens that the only person in the county with a license and a garbage truck is the richest guy in the county, and he also owns lots of farm land, and is a big political campaign contributor. Moreover, he lets his trash trucks drive around open and a lot of trash blows into the ditches, so his trash company is the cause of the litter problem in the first place. Oh, and the guy who operates the scale at the dump is his cousin. In this case, the tax credit is likely a tax credit handout to a rich and powerful person. The tax credit would help the richest guy in the county get richer and pay no taxes, help politicians get political donations, encourage an endless cycle of littering and litter removal, and force all the rest of the taxpayers to pay for the scheme as well as everything else the county government spends money on.

The point here is that tax credits can be a way to encourage people to take useful actions, but they can also be a form of corruption, particularly when politicians are too generous, give preference to only rich and powerful tax payers, encourage actions contrary to claimed policy objectives, or make it easy to cheat the system. The 45Q tax credit has already drawn allegations of cheating.[1]

The 45Q tax credit gives polluters who emit carbon dioxide a tax credit if they capture carbon dioxide from their smokestacks, turn it into a fluid, transport it in a pipeline to a well, and then pump it underground, with the idea that this will reduce the amount of CO2 pollution and therefore help slow climate change. But, all of these carbon capture and storage processes require power and almost all of this power will come from burning fossil fuels and emitting CO2. It is critical to take these CCS CO2 emissions into account.

Moreover, the CO2 may be pumped underground for two reasons. The first is to store (sequester) it, hopefully for thousands of years. The second is to use the CO2 in a process called enhanced oil recovery (EOR) that can squeeze very large amounts of oil out of old oilfields. This oil would be turned into fuels such as gasoline and diesel and then sold and burned, thereby releasing more CO2 pollution – just the opposite of what the 45Q tax credit is supposed to accomplish.

Tax credits only benefit those who pay taxes and have very large tax liabilities, so by their nature they are regressive, meaning they help the rich more than the poor. The 45Q tax credit can only be claimed by large corporations, partnerships, or very rich individuals, because the minimum tax credit clam amount is for 25,000 metric tons of CO2 per year. Only industrial facilities emit this much CO2. Capturing this much CO2 would result in a sequestration tax credit of $1,250,000 per year and an EOR tax credit of $875,000. Do you know anybody who pays this much in taxes? I don’t.

In theory, the 45Q tax credit could keep CO2 out of our atmosphere, but key questions include:

Now that we’ve reached the front gate, perhaps things are starting to smell a bit, so pull on your muck boots and get ready to wade! Stay engaged right here, I publish regular blogs and Bold has monthly webinars to ensure you have the information to understand the technical aspects of the pipelines, so you are better armed to push back at the local level.