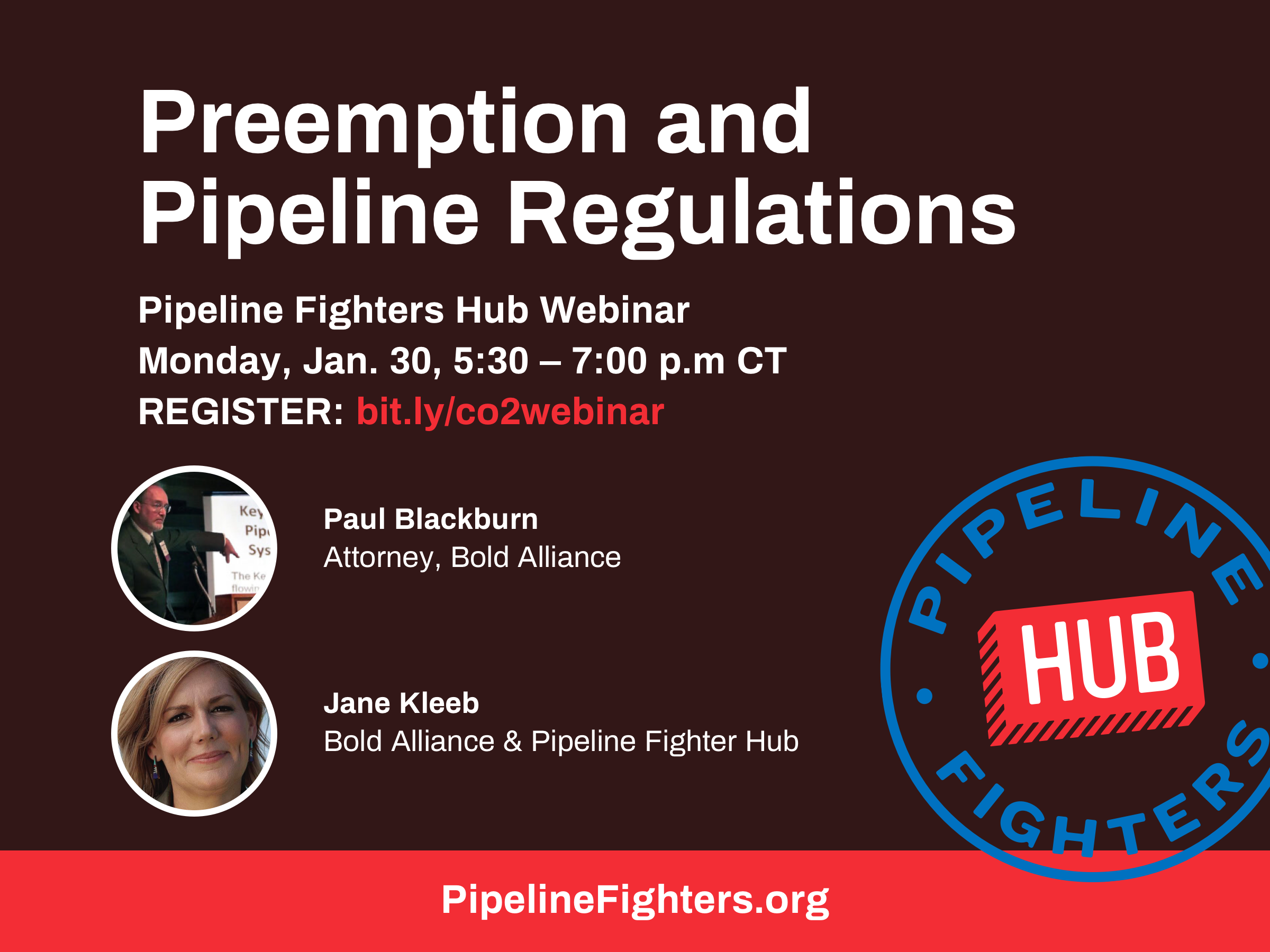 Carbon pipeline developers have in recent months gone to the extreme step of suing several County Boards in Iowa and South Dakota that passed ordinances or moratoriums to put in place common-sense protections for their communities from the dangerous proposed projects.

The number of counties across Iowa, South Dakota, North Dakota, Illinois and Nebraska is growing each day that have either already passed, or are considering voting on ordinances that impose distance “setbacks,” and require public safety-related information needed for county emergency response planning.

Other counties have imposed a moratorium on all carbon pipeline construction, until the federal government’s PHMSA pipeline safety agency completes a new rulemaking process for carbon pipelines it started in the wake of its damning report after operator Denbury’s carbon pipeline rupture in Satartia, MS in 2020.

Landowners opposed to eminent domain and proposed carbon pipelines through their land have voiced strong objections to their local county elected officials, and these County Boards and Commissions in the impacted states have listened and done due diligence before passing common-sense ordinances and moratoriums on the pipelines.

But, using a well-worn page from Big Oil’s playbook, the carbon pipeline companies have threatened these county officials with lawsuits, claiming that federal law’s Pipeline Safety Act “preempts” their presumed lower county-level authority to enact protections for their communities. However, despite industry’s loud trumpeting of the “preemption” threat at countless county board meetings, they will soon be tested in the courts.

Attorneys for landowners have made strong counter-arguments in these federal court cases that counties are properly vested with the authority to pass these ordinances and moratoriums, and request safety information from the companies. The outcome of these federal cases will have significant impacts for the viability of these pipelines.

Attorney Paul Blackburn with Bold Alliance speaks on the thorny topic of “preemption” — when a higher-level authority’s power to enact laws supersedes a lower-level’s authority — in this instance as it relates to states and counties putting protections in place for their communities when faced with proposed large industrial projects like carbon dioxide pipelines.


NOTES FROM THE WEBINAR

Counties and States Can Regulate Pipelines (May 23, 2022)

How to Contact Your County Board About the Pipeline